2018/4/12
Ambassador Uehara visited Sighnaghi City and had a meeting with Mr. Gogilashvili, Mayor of the city on April 12. Ambassador introduced the Japanese Dolls Exhibition which will be open from April 21 in the Sighnaghi Museum to Mayor and asked for his support. Mayor welcomed holding of the exhibition in Sighnaghi and expressed appreciation for assistance of the Japanese government extended to Georgia. 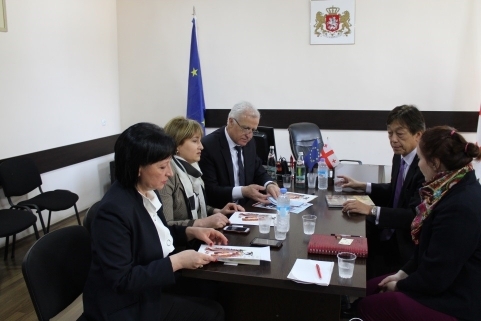